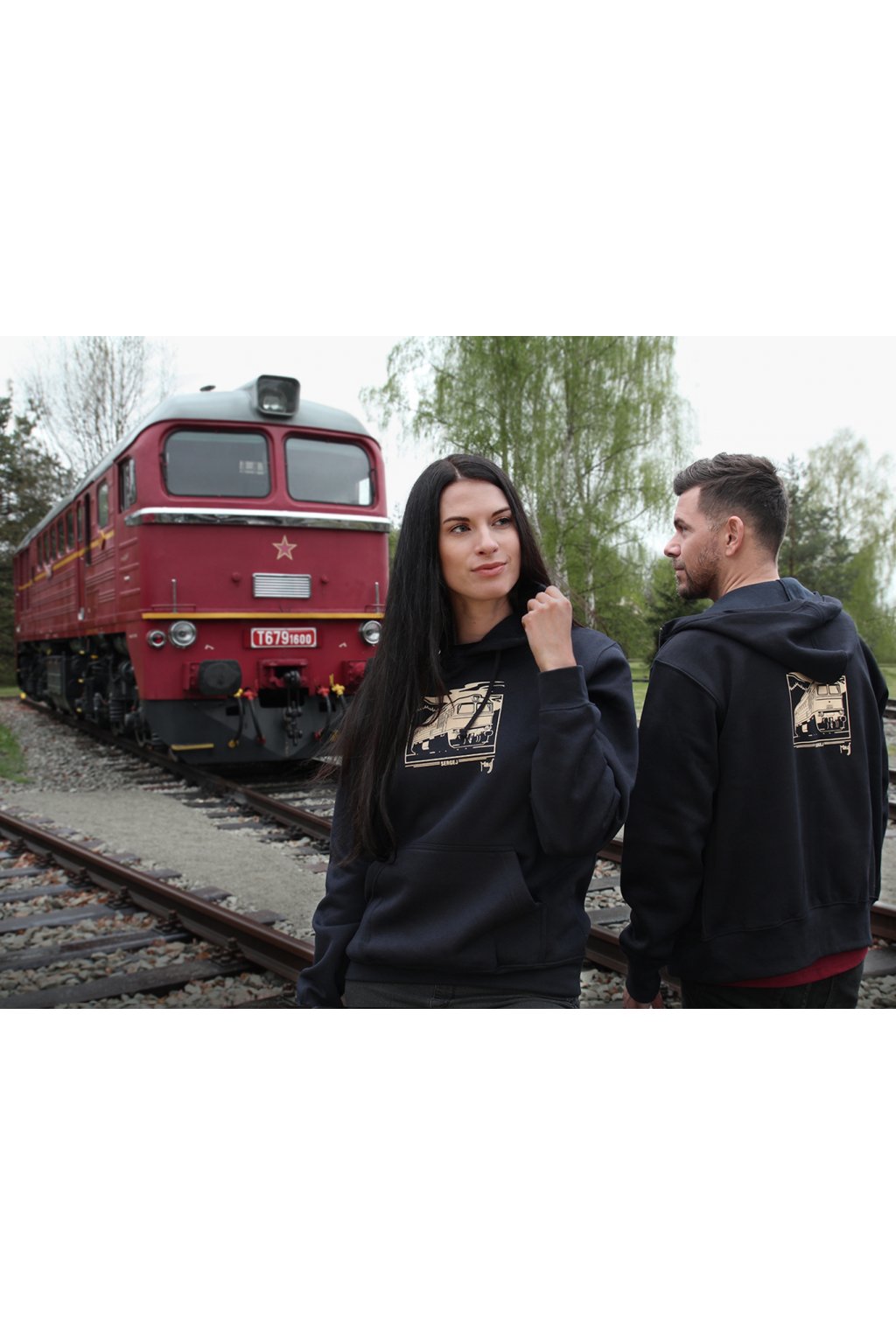 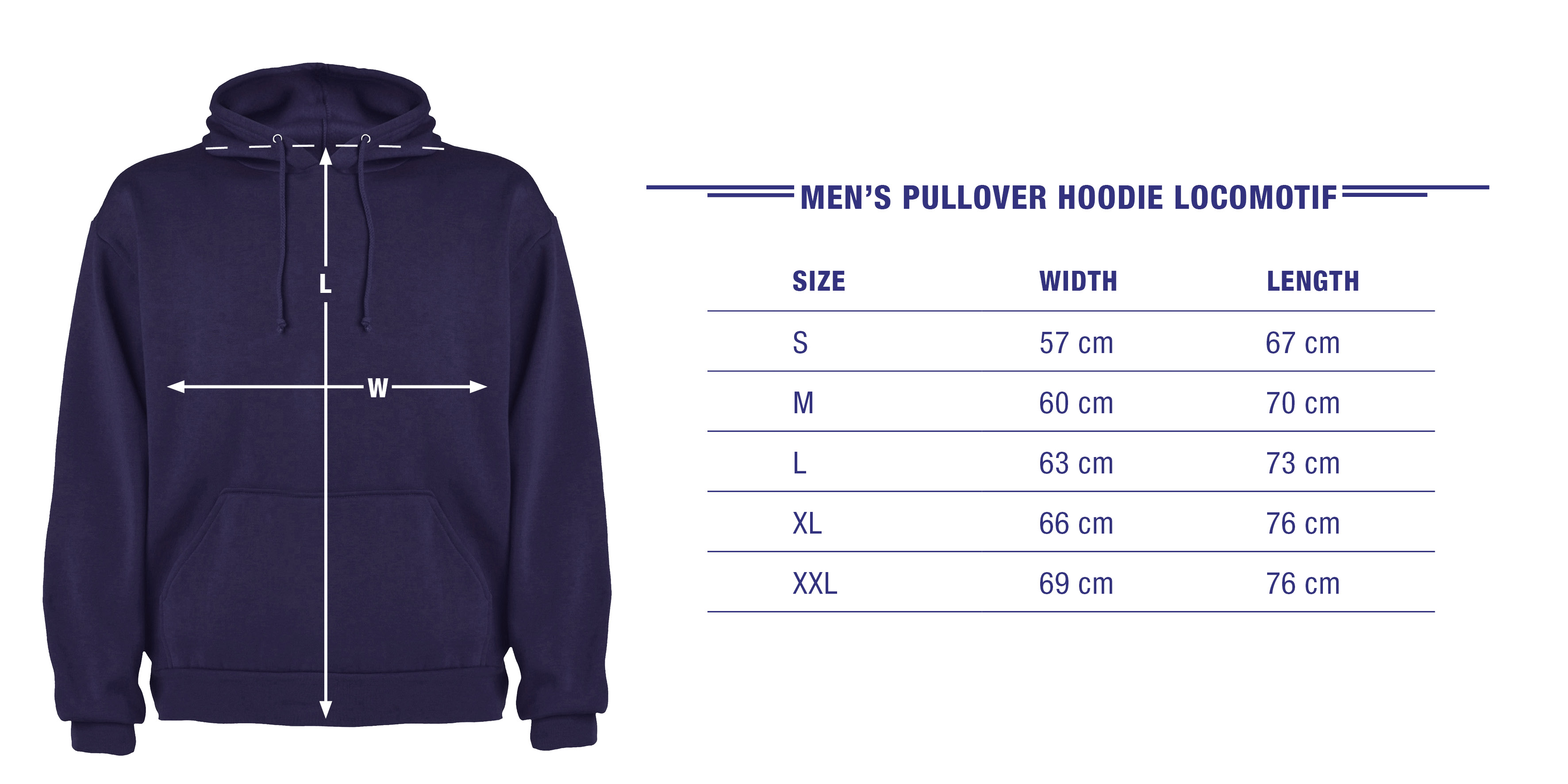 Men’s pullover hoodie with a kangaroo pocket. It is pleasant to the touch and will always make you comfortable and warm thanks to its composition and smooth knit. An elastic neckline makes the hoodie easy to put on and also maintains shape. The sleeves and the bottom edge of the hoodie are lined with rib knit. This hoodie must not be missing in the closet of any true train enthusiast.

Upper side of the left sleeve: Small Locomotif logo print