A legendary diesel express train from the GDR era, nicknamed either the Görlitzer or the Dolphine, sometimes also Vindobona. 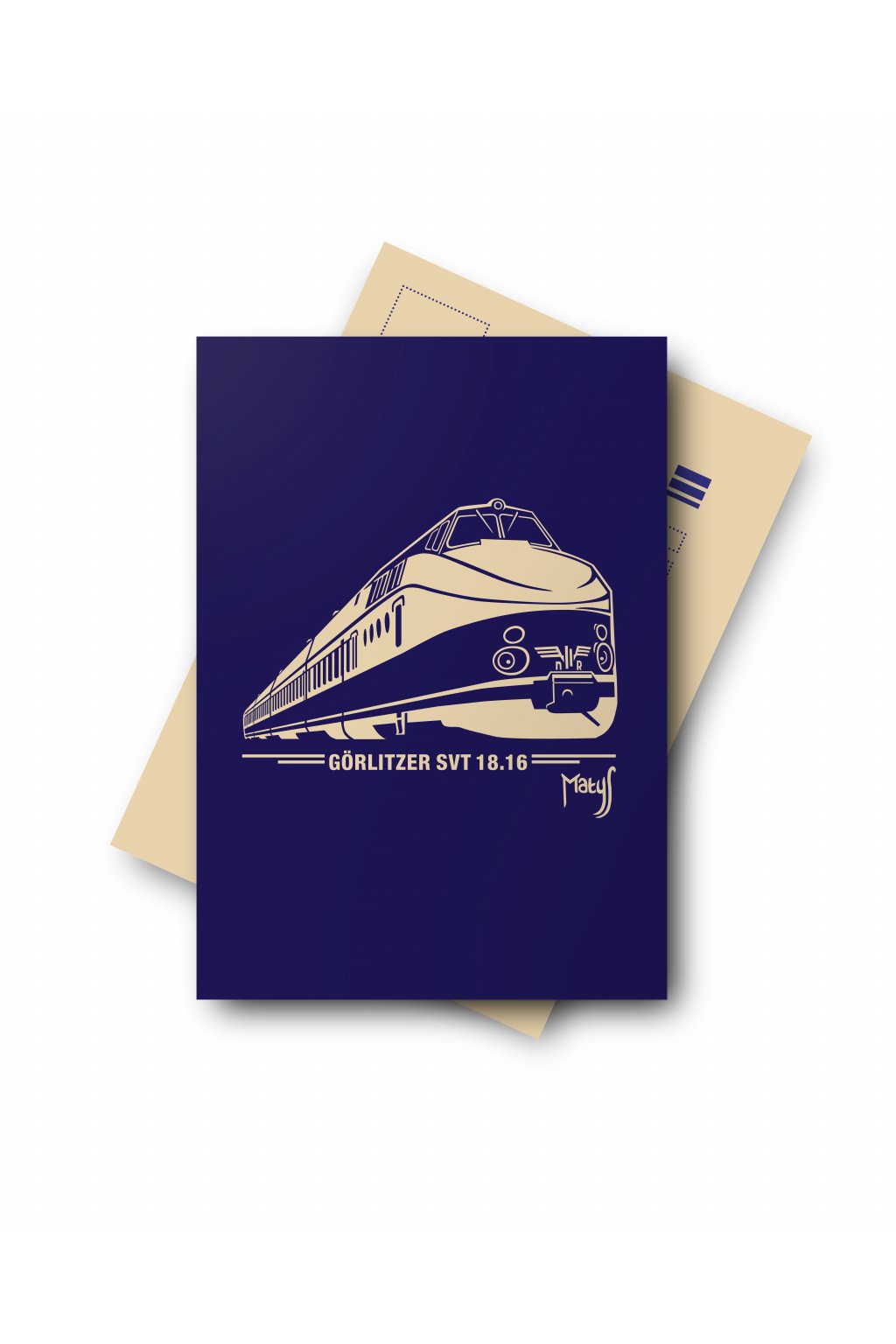 The SVT 18.16 was developed for the Deutsche Reichsbahn to raise the level of travel on international lines. The prototype was introduced in 1963 and soon the production model came to be known as the Vindobona on the Berlin-Prague-Vienna route, with other destinations in Scandinavia, Czechoslovakia and Austria.

The train was characterised by its distinctive shape, its significantly more luxurious passenger compartment and its considerable operating performance. Two diesel twelve-cylinders engines with 900 and 1,000 horsepower, respectively, were able to propel the train to an impressive speed of 160 kph via a hydrodynamic gearbox. A speed for which the lines were often not prepared in the eastern part of Europe.

The Görlitzer served from the time of its introduction until 2003. Only three of the eight units have survived - mostly as exhibits. Not a single one is operational at this time.